America Expat Jobs – Blogs, Forums and Websites. Expat jobs for foreigners in the Americas, North -, Central – and South America. Career and work opportunity portals and job seeker information. In the American Jobs for Expatriates you can find lots of sources and website links for your next career and opportunity move. America Expat Jobs. Please also visit our American main job site at Expat Jobs in Americas for much more information about jobs and recruitment in America. And on this blog post, please always feel welcome to add job information and your comments. See below to find out about the top 10 countries in the Americas to find work right now.

Chinese flock to America to Work Chinese flock to America to work for companies they’ve bought. China is sending thousands of executives to the U.S. to work for companies bought by their Chinese rivals. The number of Chinese expat employees working in the U.S. has spiked dramatically over the last decade, a trend experts say is linked to the explosion in takeovers of American firms. Chinese companies are investing very heavily in America, and they are bringing in key executives and employees. The number of visas granted annually to Chinese under the investor program has increased from a few dozen a decade ago to 8,156 in 2015, accounting for 85% of the total issued, according to government data compiled. For the Chinese, getting a green card or work visa is one way of escaping heavy pollution, gaining access to better education for their children, and avoiding political and economic turmoil in the country. 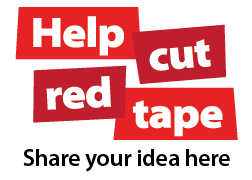 The US can be just as difficult for an expat to settle down in as emerging market countries such as India and China, according to a major study. The finding comes from candid interviews with expats who were sent on foreign assignments to the US and 69 other countries around the world. They faced a number of stumbling blocks in the States such as difficulty finding a doctor, understanding the health care system, and financial and tax regulations. The Expatriate Trends Study (The latest was in 2013) was carried out by global health care provider Cigna and the National Foreign Trade Council (NFTC). The last time it undertook such a survey was back in 2001. The researchers said the US produced “much lower satisfaction scores than other regions”.

Top 10 Countries in the Americas to Work and Live
The Best American Destinations for Expats in 2016. The top 10 American (North, Central, South) countries for expatriates covering the best countries to work and live in. The numbers in bracket is the overall position held of the total of 67 countries surveyed by InterNations (Expat Community) around the world. Visit also here to learn about the Top 10 Asian Job and Living Destinations for Expats including several of the ASEAN countries.

More on Americas All Countries