Expat Jobs in Americas. The Americas, also collectively called America, encompass the totality of the continents of North America (USA, Canada and Mexico) and South America (Brazil, Columbia, Argentina, Peru, Venezuela and several others). Central America is the southernmost, isthmian portion of the North American continent, which connects with South America on the southeast. Central America is bordered by Mexico to the north, Colombia to the southeast, the Caribbean Sea to the east, and the Pacific Ocean to the west. Central America consists of seven countries: Belize, Costa Rica, El Salvador, Guatemala, Honduras, Nicaragua, and Panama. Please also visit our new American Job Blog for Expats where you can join, inform, ask, discuss and write about many interesting job and work topics. 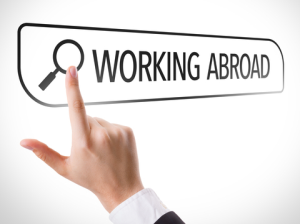 A lot of people worldwide dream of living and working overseas, but only a handful ever actually go for it. They’re tempted by adventure, the chance to experience exotic cultures, and the opportunity to leave their old lives behind. As many an experienced expat will tell you, though, relocating abroad can be surprisingly easy if you choose the right destination. There are a variety of factors that lend to a smoother transition – no language barrier, job availability, lax visa restrictions, and so forth. Canada. If you are a US citizen your northern neighbor is an excellent destination for any American who wants to move to a new country, but doesn’t necessarily want to cope with culture shock. Canadians are generally a friendly folk, eh, and the quality of life there ranks among the highest in the world. Plus, you can either go either English or French.

An Expats’ Short Introduction to the US USA, the land of opportunity is a huge magnet for people looking to join the big city rat race or bask in the sea and sun of the East Coast. The US needs no real introduction. It’s the land of the free, home of the brave – and millions of expats. Cultural centres such as New York and San Francisco are a major draw for Britons heading stateside, while many head for a retirement in sunny Florida. The US remains the land of opportunity for many expats, although its self-image has taken a knock since the financial crisis. Expats appreciate the low taxes, cheap eats, better weather, ethnic diversity, national parks, strong work ethic and 24-hour doughnut shops. The US has given us Apple and Mad Men, and it is one of the few countries in modern history to elect a member of a racial minority as its leader.

The top 10 American (North, Central, South) countries for expatriates covering the best countries to work and live in 2016: