Cross-Cultural Management in Asia. Cross-cultural management explains the behavior of people in organizations around the world and shows people how to work in organizations with employees and client populations from many different cultures. ASEAN Business Culture. The importance of cross-cultural management lies in the on-growing co-operation between companies in different countries where difficulties may arise because of the different cultural backgrounds. As the world is witnessing nowadays “globalization”, more and more companies are being run in different places all around the world. This will result in more activities all over the world which result in communication across cultures. Culture is something that human beings learn and as a result, learning requires communication and communication is a way of coding and decoding language as well as symbols used in that language. Business Culture in Asia. For example, humans communicate through any means other than a language such as facial expressions, gestures, body language, posture, etc. In other words, culture and communication can be considered inseparable, if one is to be exposed to a certain culture, then communication becomes a must. 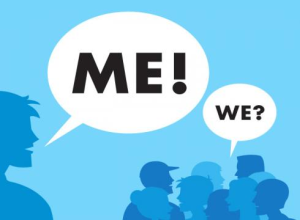 Different cultures embody specific values, or thoughts or ideas that they view as important. Values play a central role in determining if a culture is individualistic or collectivistic. In the business world, it is important to understand how values have a direct influence in the communication process. Middle Eastern Business Culture. You will learn the difference between individualistic and collectivistic societies, and how they impact communication messages. An individualistic society depends upon the values of freedom and independence, while a collectivistic society depends on group harmony and consensus. The values in each society play an intricate role in developing communication styles for a business message targeted at each specific audience. The term “structure” refers to organizational structure in business. Individualism refers to the culture that focuses on the individual over the group. In this case, the individual is supposed to be more self-reliant and there is less need to resort to the group and there is no difference between in-groups and out-groups. Collectivism refers to the shared values of the group where the interests of the group overweigh the interests of the individual. Individualism and collectivism are two opposite concepts. Read also the Business Etiquette Guide for Asia for more useful information.

Recent Research of individualism and collectivism

Well-known researchers have studied individualism and collectivism in different countries. The result was that the United States ranked first in individualism where parents bring up their children on self-reliance. American children were raised to express their own opinions and ideas; they are responsible for their choices when it comes to their college study as well as job choices. Read also about Improve Your Business Etiquette Skills with Asians for more useful business-related information. In other cultures, such as the Japanese, the emphasis is placed on the group approach rather than on the individual approach to all aspects of life. The Chinese and Malaysians also value the group approach and the family. From a personal point of view, cultures that value individualism will have more independent managers and employees who show responsibility towards any task they have to perform which may lead to creativity. On the other hand, in cultures that value collectivism managers and employees in the top management tend to delegate authority to other employees. This may result in some problems in the organization whereby the task is undertaken by the others.