Israel Business and Workplace Culture. Israeli information on acceptable business etiquette, dress, business cards, gifts, Business Meetings, and Negotiations, etc. – Israeli business culture is generally casual and relaxed, without a great deal of formalized customs. First-name interaction is normal. – Israelis are not known for being particularly punctual, and meetings might extend longer than intended as cell phone calls and other matters tend to intrude. Bring a written agenda if your time is limited. – Despite the informality of Israeli business and the importance of relationships, the written word tends to be more important than the spoken word. – Do not be offended by Israeli speech pattern. They speak in a straightforward way and sometimes answer questions that were asked of someone else. – Try to not schedule meetings in September or October. Many Jewish holidays occur in these months. Also, be aware that business hours are shortened for Muslims in the month of Ramadan. – Communicate with your potential partners in an attempt to understand their needs and expectations from the negotiation. – Always highlight and reiterate the advantages and rewards, short and long-term, which will result from a successful conclusion of the negotiation process. Increase value and incentive levels in order to secure concessions. 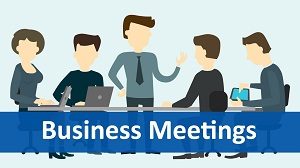 Israel Business and Workplace Etiquette. Business Attire – Dress is often business casual. Men will sometimes wear polo shirts or suite with no tie and women typically wear dresses, slacks and blouses. Behavior – Israelis observe a six-day work week, although Fridays are often shortened in anticipation of the Jewish Sabbath (“Shabbat”) that begins at sundown. – Orthodox Jewish Israelis (less than a quarter of the population) will observe Shabbat by refraining from all business dealings and even telephone calls, even secular Israelis generally prefer to manage their work-life balance with a day off on Saturday. – Be aware that many Israelis keep kosher. Meat and dairy are not consumed during the same meal; pork and shellfish are not kosher. 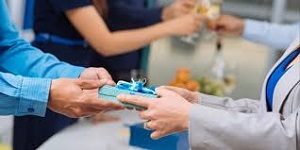 Israel Business Communication. Conversation -Israelis, particularly Jewish Israelis, tend to have very good English language skills and are adept at face-to-face conversation. -Be careful with American idioms and slang, however, as these terms might not be as well-known. It pays to develop a repertoire of a few Hebrew phrases. -Use titles and surnames upon initial meeting. However, they may move to a first name basis quickly. -Israelis first want to know the partner better. Start conducting business only after everyone has gotten a chance to know each other. Topics to Discuss: – family, friends, professional topics, traveling, cuisine, the arts, technology, sports, shopping, (Jewish Israelis may not want to discuss family matters) Topics to Avoid: Arab-Israeli conflict, the Holocaust, religion, the government, political unrest, U.S. aid.