The Dark Web and Problems for Your Business. Business people need to understand the dark web because of its implications for businesses. Many of the services offered via the dark net may pose a threat to your company. It is very easy for your information to be stolen, duplicated and quickly sold, all done in total anonymity and little risk of consequence. On the Dark Web, a Social Security number costs just US$ 1.00 and medical records go for around US$ 50. Just think about if your credit card or bank details were to be put up for sale. Or your website or online shopping site being hacked by fraudsters. The Dark Web can represent dangers for all business, small or large. Without the data gathering, knowledge exchange and ongoing education, malware attacks on companies, extortion scams and other dangers can be difficult to spot.

The Dark Web, Whistleblowers and Darknet 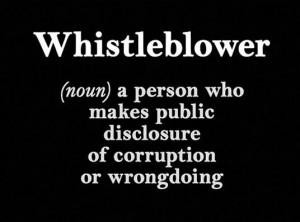 Most people, who has ever even heard about the Dark Web, probably got to know it in 2013 when the very infamous “Silk Road” website was shut down by the FBI. The Silk Road was an online black market and the first modern darknet market, best known as a platform for selling illegal drugs. The Dark Web also hit the headlines in August 2015 after it was been reported that a large amount of data stolen from “Ashley Madison”, a site designed to enable bored spouses to cheat on their partners, was dumped on to the Deep and Dark Web. In this week (April 2016), the news industry worldwide are flooded with information about the so called “Panama Papers Leak”, an unprecedented leak of 11.5m files from the database of the world’s fourth biggest offshore law firm Mossack Fonseca, based in Panama.

The Dark Web and the US Military It’s not all shady activity. The Dark Web isn’t totally full of criminal activity. The Dark Web (i.e. Tor – The Onion Router) was initially developed by US military researchers (in the mid nineties by the US Naval Research Laboratory) to allow intelligence operatives to exchange information completely anonymously and local protestors being muzzled by their governments abroad could communicate to fight for their freedom. In more recent years others, such as whistleblowers (like Bradley Manning & Edward Snowden) and activists (Aaron Swartz & Julian Assange for example) or Bitcoin users (an innovative payment network and a new kind of money) also take advantage of the anonymity. Regardless of everything, you should be aware that this part of the internet is for many people still both mysterious, unexplored and sometimes very difficult to understand. The Dark Web is a term that refers specifically to a collection of websites that are publicly visible, but hide the IP addresses of the servers that run them. Thus they can be visited by any web user, but it is very difficult to work out who is behind the sites. And you cannot find these sites using traditional search engines, like Google, Yahoo or Bing. Almost all sites on the so-called Dark Web hide their identity using the Tor Encryption Tool. You may know Tor for its end-user-hiding properties. You can use Tor to hide your identity, and spoof your location. When a website is run through Tor it has much the same effect. Who uses Tor? It’s certainly not only criminals or hackers that do. Many people are, from family members and friends to businesses, activists and the media – and of course, military and law enforcement agencies worldwide.

Deep Web and Dark Web Definitions. The dark web is often been confused with the deep web, the parts of the web not searched by the well-known search engines. The key thing to keep in mind is the Dark Web is a very small portion of the Deep Web. Some media is still confused about these two different terms and seeing them as one and same and we want to do our best to clear up the confusion. This confusion actually dates back to at least 2009. Since then, especially in reporting on the Silk Road site shut-down, the two terms have often been mixed up despite many recommendations that they be distinguished.

Size of the Dark Web. Well, size depends on exactly how we categorize things, and categorizing things on the dark web is difficult, we will talk about this in another blog post. The deep web is claimed to be approximately 500 times larger than the Surface Web, i.e. what we also commonly may call the public internet – the sites we can access via google, Bing, yahoo and other search engines. The dark web, however, is considered to be much smaller. With just 30,000 “.onion” addresses, the dark web is much smaller than commonly thought – and only a small fraction of the size of the Internet. Half of the dark web’s content is entirely legitimate, with only about 15,000 sites that contain material that would be illegal under U.K. or U.S. law.