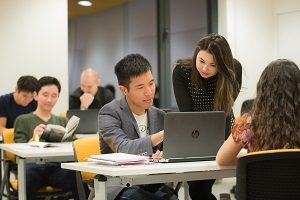 Education in Asia. Higher education in Asia has been developing very rapidly and there have been a number of important overlapping currents. These include the ‘massification’ of higher education, strong interest among some institutions in liberal arts education and a tremendous focus on world-class research. In the developed economies of Asia, such as South Korea and Japan, high participation rates have been maintained. But the big story in the last decade has been the unprecedented rise in China and, to a lesser extent, India. It is estimated that, by 2020, China alone will have over 37 million students in higher education and India will have over 27 million. This is positive because many more students are having the opportunity to develop intellectually and pursue expanded career options. But it has also brought about significant challenges. The first is graduate unemployment and graduate under-employment. Educators now ask ourselves what talent edge their graduates must have in an Asia where there will be far more graduates in the largest countries than there are new jobs available.

The “massification” of education has raised important questions about the quality of teaching and learning. One significant trend has been the rise in interest in liberal arts education at several leading Asian universities. Although the numbers of such universities are relatively small, they represent a larger trend pushing for a different form of education than that which has traditionally been provided. The Asian interest in liberal arts represents a desire to move from education with a very early narrow specialization to one that encompasses greater academic breadth. It also reflects a shift away from lectures, which until recently was the dominant form of instruction in universities, to more interactive learning, such as tutorials, symposiums, and seminars. The idea is to try and foster greater levels of creative thinking and critical thinking among students and graduates. 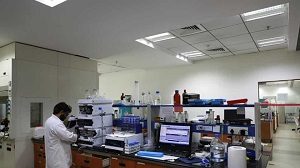 There has been strong interest among universities in Asia in developing more world-class research. Many educators are familiar with the tremendous investments being made by countries in Asia to boost research and development (R&D). For example, South Korea has become the most research-intensive country in the world, in terms of expenditure on R&D as a percentage of GDP. However, the most impressive strides have been taken by China, which has demonstrated a very sharp increase in investment in R&D, particularly over the last decade.

Asian universities have substantial talent and research strengths. Through the mechanisms of commercialization of intellectual property, start-ups, spin-offs, and industry collaborations, universities contribute to the formation of new enterprises and the creation of new services and innovations. Universities can attract and boost industries and, in some cases, anchor industry clusters. This all contributes to the growth of national and in some cases global innovation systems.