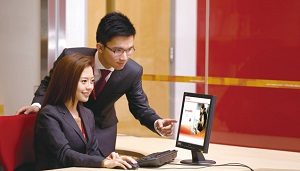 Corporate e-Learning In Asia Today. Corporate eLearning is catching on not only because the devices are everywhere, but because Asian companies struggle with their Learning and Development (L&D) budgets. In many cases, these allocations are decreasing, but that doesn’t mean that companies want less learning and development, just that they want a bigger bang for their buck. Asian and ASEAN companies understand that continuous learning is a must for enhancing workforce productivity. But bringing in live trainers is expensive; sending people out to be trained is expensive too. eLearning solutions promise similar benefits at a lower cost; the trick is getting them to live up to that promise. The growth rate for online learning and corporate eLearning in Asia is the highest in the world at 17.3%. 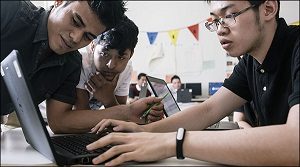 Corporate eLearning in Asia is driven and complicated by language issues. This is not a trend; this is a permanent reality. India, for example, has 22 official languages and 30 that boast more than a million speakers. The Asian continent’s languages are written in a bewildering variety of scripts and systems, too, from the elegant Korean Hangul alphabet to Chinese characters that take a lifetime to master. Consider how different this is from other continents. All the languages in Western Europe and the Americas are written in Roman letters. In Eastern Europe, you do encounter the Greek and Russian alphabets; in North Africa and the Middle East, Arabic script. But as you move further into Asia, there are simply dozens of writing systems, and the languages are not as closely related as European languages are, either. 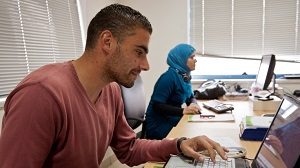 When we talk about Asia, we’re not just talking about the world’s largest and most populous continent but also it’s most economically diverse, including both some of the most highly developed countries and some of the least. Corporate eLearning is not going to be the same in Bangladesh as it is in Singapore, to put it mildly. On the one hand, you have nations such as Japan, Korea, and Australia, where virtually the entire population has access to the internet at lightning speed. On the other, you’ve got countries such as Myanmar, Laos, and Cambodia, which are developing technologically but have a long way to go to reach that level. In between, there are China and India, two of the world’s largest and most vibrant economies, where the need is now but the reality sometimes falls short.