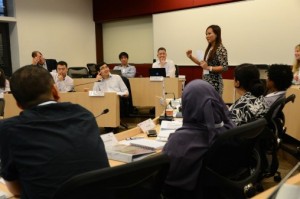 Expat Jobs and Job Search in ASEAN. In Southeast Asian countries, the battle for talent is among recruiters seeking to attract the best and the brightest regional professionals. There will still be a role for expats, but increasingly the expertise will be recruited from neighboring countries rather than places like Europe or the United States. With the ASEAN planned integration starting in 2015, this will increasingly be the case across Asia as it becomes easier for organizations to hire professionals across borders. This also means there should be more opportunities for seasoned local professionals to work internationally in their region. The integration of this region through the Association of Southeast Asian Nations (ASEAN) economic community in 2015 will bring over 600 million people into a single economic grouping which will offer significant opportunity for international companies and therefore the opportunity for jobs for more Western expats. Job-seeking expats need to be advised to adapt to the new reality of the job market by applying for positions where their expertise is still truly needed. Millions of jobs in the Asean (Association of South-East Asian Nations) bloc are at risk from automation and similar new technologies, according to a United Nations (UN) body. The agency looked at five key industries: Automotive, textiles, clothing and footwear, electrical and electronics, business process outsourcing (BPO), and retail. Another alarming finding is that there are a “number of sectors heavily dependent on female employees, and they are quite susceptible to automation Companies will be looking for American and European job candidates with “soft skills” — qualities like leadership, capacity for smooth interpersonal relationships and the ability to work in a team — on top of “hard skills” like a master’s degree, languages or experience in particular sectors or countries in South East Asia. Whenever possible, companies will still try to recruit local or regional talent, but sometimes find it quite challenging to find qualified candidates for certain vacancies, including senior posts. Companies are increasingly demanding that their employees, including expats, in Asia can speak the local language(s). A reduction in management jobs as firms shed staff during the global slowdown has given employers the upper hand and allowed them to become more selective in their recruitment searches. One skill they are demanding is the ability to speak the local language, given the growing importance of wealthy Asian and ASEAN clients in Asia. Applicants are now finding it so tough that non-local language speakers have very little prospect of securing employment in the region.