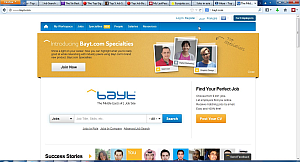 Middle East Expat Jobs Sites and Bayt Website. The leading job site in the Gulf and the Middle East. Who is connecting job seekers with employers looking to hire? Every day, thousands of new job vacancies are listed. This site is an award-winning platform from the region’s top employers. This career portal is fully functional in English, Arabic, and French. This Middle East Recruitment Site  offer the fastest, easiest, most effective and cost-efficient methods for employers to find quality candidates. And for job seekers to find top jobs, in the Middle East and North Africa. 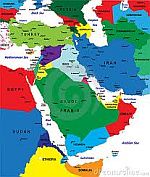 Middle East Expat Jobs and the Situation for Foreigners. The American and European recession is bringing Western job seekers to the Middle East. However, job availability across the region is considered to be ‘average’ in most cities. Riyadh, the capital of Saudi Arabia is considered to have the highest possibility of employment. Doha, the capital of Qatar comes second followed by Jeddah, also in Saudi Arabia. Abu Dhabi, the second-largest city in UAE and Dubai, also United Arab Emirates. The city considered to have the lowest employment opportunities is Beirut the capital of Lebanon. – Are expats fleeing Gulf states Today? The good times for expats in the Gulf, who for decades have lived tax-free and hugely subsidized lives, may well and truly be over. “I was told to quit as part of cost-cutting measures. I have been a long-time employee of the company. However, I don’t feel sad.” Those are the words of an expat in Oman, one among a number of senior executives who this month have had their employment terminated as the economy of the Gulf country reels from the impact of oil prices that have crashed by 70 percent. The Gulf Cooperation Council (GCC) broad mass appeal as a world-class destination to live and work is increasing. According to a recent survey. The top five cities in the Arab world to live in are:  Abu Dhabi, Dubai, Sharjah (All three in UAE) Manama (Bahrain), and Muscat (Oman).

Middle East Expat Jobs. Western Expats Earns the Most. Another survey was done by the Middle East magazine Gulf Business. They learned that Western expats take home the biggest pay packets. Compared with Asian and Middle Eastern expats in the same roles.

The biggest demand at the moment is for junior executive professionals. Followed by executives and coordinators. The most in-demand graduates were from business management, followed by commerce, engineering, and computer science.